Confronting sexism in the world of science communication 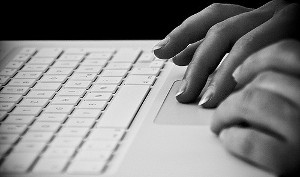 21 Oct 2013 Confronting sexism in the world of science communication

Posted at 10:47h in Science communications by Amanda 0 Comments
0 Likes

Beginning in October 2013, the science communications community has been dealing with issues of personal behaviour, inherent misogyny, betrayal, speaking out, doubt and professional worth. Much has been written, tweeted and posted; the paragraphs below are an attempt to collect the resources together for future reference. Our intent here is to capture both the key events and the remarkable commentary, analysis and (we hope) change that have come out of it. The stream of amazing articles and blog posts is too much to stay caught up on, so if you think there’s something missing that should be here, tweet them to @afmaxwell or @everickert.

The main points and chronology of the timeline can be found in this Storify, with further relevant content linked under the headings below.

Scientific American blogger and researcher Dr. Danielle N. Lee posted details of an email exchange with a Biology-Online editor, who labeled her a whore for declining to guest blog on the network. Lee’s post was removed within an hour by Scientific American.

Possibly as a response to the Scientific American deletion/re-posting and tweeting, playwright and science journalist Monica Byrne updates her blog post about sexual harassment in the science communications world, naming Bora Zivkovic, Scientific American blog editor and Science Online founder, as her harasser.

A morning of being acutely aware how much of this world is built on the presumption that women will, and should, stay quiet.

But this happened … again

A second science writer comes forward to accuse Zivkovic of sexual harassment. Hannah Waters, a science writer for the Smithsonian Institute and Scientific American blogger, describes the incidents on her blog.

Science writer and Scientific American blogger Kathleen Raven publishes two blog posts describing sexual harassment and abuse. Her first post does not name the men involved, but she later identifies her abusers in a second post; Zivkovic is one of them.

A lot of female science writers are now questioning their own professional abilities: am I a good writer or just sexy enough/potentially beddable enough to get noticed? Writer and Beagle Project co-founder Karen James noticed this and initiated the hashtag #ripplesofdoubt to collect the conversations, opening them up and increasing exposure for the underlying current of sexism within science communications.

I hereby christen the hashtag #ripplesofdoubt for continuing/promoting the convo started by this tweet http://t.co/U3tJYkggjs Please share.

#ripplesofhope – moving forward
October 19, 2013 and after

Many people have laid out paths for dealing with the harassment and moving forward in the science blogging community. Here are just a few of the thoughtful musings on the road ahead.

Hundreds arrived in Durham for Science Online together 2014.

Understandably, a lot has been written about the events, including personal reflections and analysis. There are also good chronological summaries available. The following is in no way comprehensive.