Words are not enough? 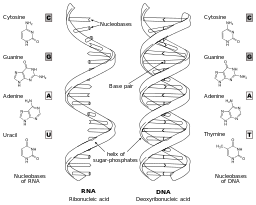 Posted at 12:21h in Science communications by Amanda 0 Comments
0 Likes

When people hear the words “science communication,” many still think of jargon-filled, unintelligible papers in dusty, peer-reviewed journals that no one except the boffins in white coats ever read.

Although news clips on the evening news about a key drug discovery, science blogging, museum signage or even TED talks are all good examples of science communication, for most people it’s all about the the written word.

But what about sand art? Or opera? Or dance?

Sometimes words are not enough.

Maybe it takes music to get the message across, and that’s exactly what chemists in Scotland did last fall. Not only did the University of Edinburgh’s School of Chemistry have a composer in residence, it also got its very own opera. Commissioned from Edinburgh-born composer Julian Wagstaff to mark 300 years of chemistry teaching at the university, the chamber opera Breathe Freely premiered on October 24, 2013. It told the story of Polish chemist and freedom fighter Stanislaw Hempel, who escaped to the city during the Second World War to complete his research. The 40-minute opera gave audiences a brief slice of science history, showing that chemistry isn’t all test tubes and Bunsen burners—there are real humans at the bench.

Shelly Xie, a medical researcher, is another scientist communicating through art. She uses sand art to tell audiences about schistosomiasis and its impact on daily life in Ghana. As her narration unfolds, her hands sift and scatter to form a moving storyboard on the lightboard, telling the story of how this tiny water-borne parasite devastates lives. Her powerful trickle of images conveys much more than a static PowerPoint presentation of text and graphs, engaging her audience about this otherwise little-known and neglected disease. Her presentation emphasizes that despite the availability of cheap and effective treatment, fewer than 10 per cent of those infected receive the 8-cent dose of praziquantel.

As more people have access to science through the Internet, it’s important for researchers to explore new ways of communicating, to present their work in understandable, interactive and engaging ways. Communicating science to the public is now considered so important that the UK’s Wellcome Trust sets aside £4.5million in grants funding for public engagement. Recently awarded projects include a dance production explaining evolution and a captivating yet unsettling film exploring what it means to live with dementia.

Although some think of art and science as complete opposites—logic versus passion—without the former, it’s almost impossible to communicate the latter.

Deoxyribonucleic acid? Or would you prefer the familiar 3D ladder double helix model instantly recognizable to all, scientist or not?

Cooling atoms with lasers? John Bohannon does an excellent job of demystifying the physics behind it … with dance. In his words, “The fewer words you use, the better” when explaining complex subjects. With his encouragement, numerous doctoral students deliver their theses as dance performances each year.

And tiny cogs investigator Malcolm Burrows is reaching out to a wider audience with his arthropod mechanics research by collaborating with animation artists.

Although Talk Science To Me doesn’t have a resident choreographer, composer or sand artist on staff, our ongoing copywriting contributions for Accelerating Proteomics also make research papers more accessible to a lay reader by summarizing key findings. Our writers, editors and designers can help turn dense prose into something that’s a joy to read and intuitive to understand. And we offer presentation development and coaching services to help scientists find ways to make their findings clearer and more accessible to their colleagues and the public alike.

Using a non-traditional medium like art communicates science in a more engaging way for general audiences. And even if you’re using more traditional formats, presenting complex theories and concepts without jargon and unencumbered by the dry, passive voice–laden text of formal science communication, art overcomes the language barrier and stirs an immediate emotional response.

Or, more simply put, it engages the reader.

And that’s not a bad thing, is it?