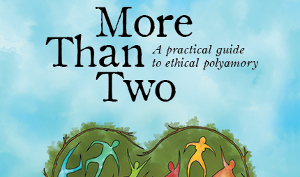 Posted at 10:50h in Client showcase by Mari 0 Comments
0 Likes

Science provides discovery. Design provides clarity. Together, they provide an endless fascination with the world.

This mantra has continued to guide my creative process since joining the Talk Science to Me team in February. My first couple of projects with Talk Science To Me involved collaborating to produce both online and print publications. With both types of publications came exciting challenges that led to effective yet organic solutions.

My first Talk Science project was for ScienceOnline, whose mission is to cultivate the ways science is conducted, shared and communicated online. They bring together a diverse and growing group of researchers, science writers, artists, programmers and educators—those who conduct or communicate science online—for meaningful face-to-face conversations around timely, relevant issues. They nurture this global, ongoing, online community and facilitate collaborations that would not have been previously possible.

I was assigned to design two different covers for ScienceOnline to celebrate their ongoing goal of better science communication within the science community, with the public and with policymakers. The first cover was for The Open Laboratory 2013: The Best of Science Writing on the Web. Because this was a collection of writing, I wanted to use various scientific icons to create the human head, with the lightbulb at the centre representing all of the short story ideas coming together.

ScienceOnline is exciting. It bridges science with the web and social media and in turn allows various people around the world to access new and ongoing scientific information. It keeps science in a dynamic form, creating dialogue—which is, perhaps, the most exciting scientific discovery of all.

The second project was a bit of a departure for Talk Science because the content was, well, not science. While we specialize in communicating science, we do occasionally work on interesting projects from other fields. This one was definitely interesting: a new guidebook to polyamorous relationships written by Talk Science’s founder and mastermind, Eve Rickert, and published by Portland, Oregon–based Thorntree Press (of which Eve is a co-founder). I was asked to design the cover and handle the interior layout.

Much of the challenge for laying out the book involved creating a consistent flow between theory and story examples. This was achieved through careful choices of fonts to provide enough distinction so that the reader could easily access the information being presented, as well as a systematic typographic treatment of details such as sections, headings, chapter openings, questions, terminology, names of characters, quotes, etc. Because this book ended up at 496 pages, it was essential to create a typographic system to help all of us involved, as well as the final end reader, to navigate clearly and efficiently through the copy.

As a designer, I enjoy learning about the content that I am designing for, in order to provide the best graphic design solution possible. This book provided new insight for me on the world of polyamory, how parts of it can provide insight into monogamy, as well as the ability to break down complex information and make science feel personal and intimate.

The book will be released on September 2, but you can pre-order your copy on Amazon.ca or, if you’re in the United States, at Powells.com.