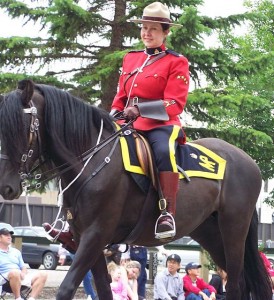 Posted at 16:17h in Client showcase by Deb 0 Comments
0 Likes

As per its byline, the Council of Canadian Academies offers “science advice in the public interest.” The council operates independently and not-for-profit, offering expert and multidisciplinary panel assessments—and a 16-member scientific advisory committee—to “inform public policy development in Canada.” The council’s work, by its own description, encompasses a broad definition of “science” and thus incorporates the natural, social, and health sciences, as well as engineering and the humanities.

Talk Science to Me has had the pleasure of working on multiple projects for the Council of Academies for quite some time now. A bit over a year ago, I myself was privileged to meet some of the folks at their offices in Ottawa. I have since edited several remarkable reports epitomizing the council’s overarching goal to “identify emerging issues, gaps in knowledge, Canadian strengths, and international trends and practices.”

One such report is Policing Canada in the 21st Century: New Policing for New Challenges, to be released this fall. The impetus for this latest council report has been the changing context in which police operate, stemming from, among other factors, the evolving nature of crime and mounting concern over rising police costs. With the responsibility for policing shared among all three levels of government (federal, provincial and municipal), interest is growing in more sustainable, efficient and effective policing models. The council was charged with defining issues and challenges facing Canada’s police and assessing opportunities for improving how policing is delivered in Canada.

Such a report, of course, might lend itself to various opinions, and justifications thereof, on the part of the authors. But not so with the council. Each report’s expert panel (in this case, 12 members) is tasked with identifying the issues and defining the tasks at hand, along with major possible avenues toward achievement of positive outcomes. In other words, the council might be thought of as an ethical, neutral science policy organization. Binding themselves with professional zeal to this goal, I visualize the panel members as peer reviewing each other on a constant basis.

And a major task for me, the editor? To scrutinize for (among other things) any possible bias or hint of opinion that may have warily crept into the pages, although such a find seems near to impossible from this editor’s point of view.

Over the past year and a half working with the council, we have played numerous roles in helping prepare their reports for the public eye. Early in the process, we have been invited to critique drafts at a high level, looking for coherent arguments and complete content. Further along, we have performed substantive edits, digging deep into the material to address structure, flow and style. Sometimes we repeat this step several times. And finally, when the report is near ready to publish, we perform a copy-edit, looking out for errors in grammar and mechanics and ensuring internal consistency of the reports. One report for which we completed each of these steps was the recent Aboriginal Food Security in Northern Canada: An Assessment of the State of Knowledge, a report we are tremendously proud to have been involved with.

In Policing Canada, the central question—in this case, posed for the council by the Government of Canada (through Public Safety Canada, and supported by other key entities)—was as follows:

Given the evolution of crime, the justice system, and society, what do current evidence and knowledge suggest about the future of the public policing models used in Canada today?

To find out what the panel found, one will simply have to peruse the report upon its publication this fall. Overall, the report aims to solidly define and categorize the “rapidly evolving knowledge base on policing.”

The Council of Canadian Academies’ Policing Canada is, in the end—and as usual for a Council report—representative of an inspiring process that strives to make life better for Canadians and, doubtless, for the planet.