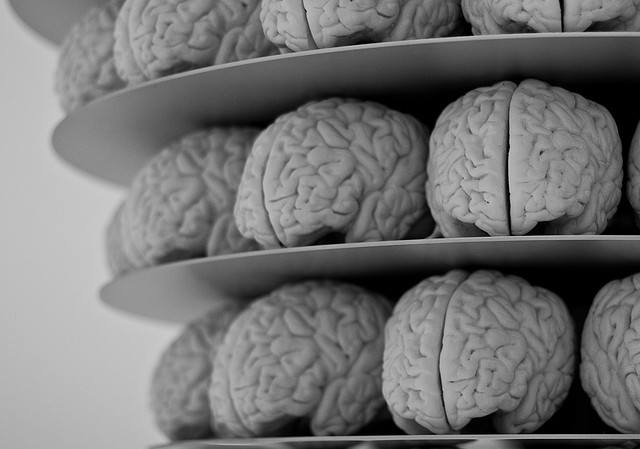 Brain’15 is a pairing of two meetings: the 27th International Symposium on Cerebral Blood Flow, Metabolism and Function and the 12th International Conference on Quantification of Brain Function with PET. The cerebral blood flow meeting has been held more or less every two years since 1965. In 1993, the first PET meeting was introduced as a satellite event to give participants more opportunities to discuss methodological issues.1 The two meetings have been held at the same time every two years since.

The meetings are facilitated by the International Society for Cerebral Blood Flow and Metabolism (ISCBFM), which seems to have a knack for names. Its newsletter was originally called Complex Heterogeneous Organ, and eventually the name was shortened to The Organ. In 2014 it was changed to Brain Bits. It looks like there are some smart folks at the ISCBFM who recognize the importance of creativity and a bit of humour in science communications. In fact, the year they started calling the conference “Brain’XX,” they also showcased a special beer called Brain Brew. Enough said.

But the brain is indeed a complex heterogeneous organ, so what specific brain bits are the two meetings about? The first focuses on cerebral blood flow (CBF), the volume of blood that circulates through the brain over a given time. CBF is critical, because too much (hyperemia) can increase pressure in the brain and damage tissue, while low flow (ischemia) can cause tissue death. Maintaining a normal CBF becomes an issue when people suffer brain injury, stroke or shock. Without proper blood flow, the brain can’t get the nutrients it needs, thus compromising its metabolism and, ultimately, its function. The second meeting focuses on positron emission tomography (PET) scans, a type of 3D imaging that uses short-lived radioisotopes coupled to bioactive carriers. PET scans are widely used for both diagnosis and treatment of neurological diseases and injuries.

Brain’15 will cover a range of topics related to CBF and PET, including brain function and metabolism, the blood-brain barrier, brain imaging, cerebrovascular pathology, and new research in brain protection and neuroregeneration. A notable addition to this conference is a Young Investigators Symposium, which will give emerging researchers in the field the opportunity to share their work.

A gathering of super smart brain experts in my backyard? Yes, please! Check out the full program here.