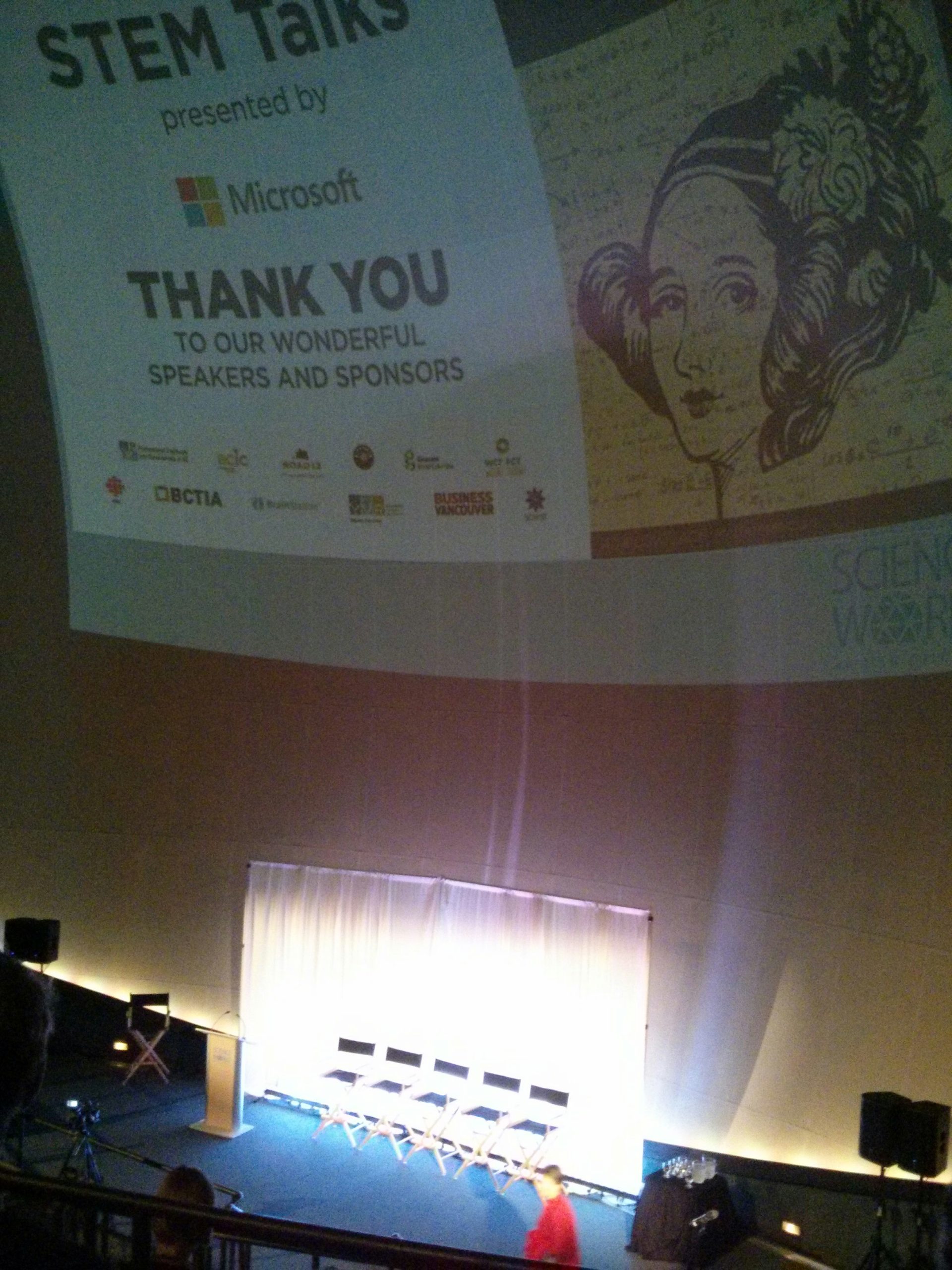 Posted at 11:16h in Treasures by Amanda 0 Comments
0 Likes 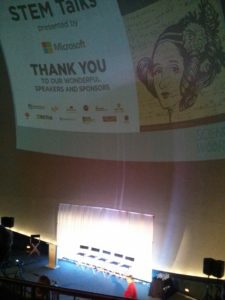 Ada Lovelace Day has been and gone for another year, and all over the globe people marked the occasion with events focusing on women in STEM.

As with last year, my hometown of Vancouver was no different, with Telus World of Science presenting a celebration of women in STEM. As part of the Innovators Speakers Series in conjunction with Microsoft Canada, a sizable audience was treated to words of wisdom from five notable women working in STEM.

Although each of the five works in a different area of STEM, ranging from communications and computing industries to full-on academia, all acknowledged that something must be done to motivate women into STEM careers.

Although L’Esperance is older than the target audience for encouragement into STEM careers (most of the speakers seemed to target girls in secondary education or below as most in need of representative role models and media images), she finished off the seminar on a high note, presenting a refreshing view on how younger women are indeed following their passions in what used to be a non-traditional field. Admitting to those “typical” female traits of self-doubt and a potential disheartening inner monologue, she presented concrete strategies for “fading out the insecurities.” Her current career trajectory is living proof that she is succeeding, and she is indeed a bright and shining role model for younger women and girls contemplating a launch into STEM.

Google searches for women in STEM still turn up a high proportion of gloom, but the speakers above all maintained an optimistic outlook, recognizing recent triumphs and advances. Each year, Ada Lovelace Day signals a little more progress that comes with the awareness spread by this global celebration of women’s achievements in science, technology, engineering and mathematics.

Did you know? Computer programming was originally women’s work: the earliest programmers were women. They wrote the code, while men did the assembly stuff.