Our expertise isn’t limited to the hard sciences. When the BC Ministry of Justice commissioned a report to detail various concerns about BC’s justice system, we were ready, willing and able to apply ourselves to topics of justice, socioeconomics and provincial government. The BC Justice Reform Initiative published a detailed analysis in October 2012. Emphasizing the urgency of the situation, the paper highlights the need for decisive, timely and large-scale reforms. Warning against patchwork solutions with little staying power, it argues for systemic changes to the ways justice is practised and thought about in the province.

Talk Science to Me created the layout and proofread the document, which included numerous graphics and figures that had to be carefully integrated into the text-this required the use of multiple sophisticated design programs. Our work was performed over a period of only nine days, involving a team of staff working long hours and overnight to create a clean, elegant and extremely readable report. We are proud to have had such an important part to play in the reform of BC’s justice system.

This work was completed as a subcontract to Fasken Martineau DuMoulin LLP. 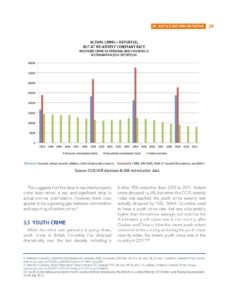 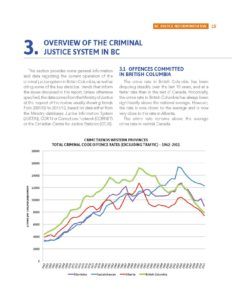