Jeff Werner is Talk Science to Me’s lead publication designer. He’s a trained graphic designer with 18 years of experience in print and digital design and branding.

Born and raised in British Columbia, Jeff holds a BDes in Design from Emily Carr University and a bachelor’s degree from the University of Victoria, where he focused on art history and professional writing.

After working in the Philippines, Indonesia, and the Netherlands, Jeff has now built a career in Vancouver centred on education and non-profit design. In addition to riding and racing bicycles on the weekend he’s also the sports director of his local cycling club and a father.

Like everything, science can be used to many ends. I choose to learn and work with those using it to do good in the world. 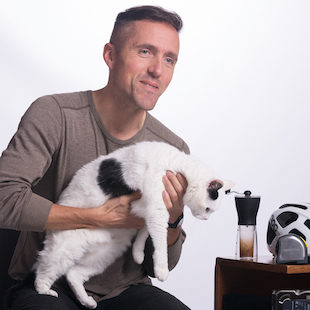