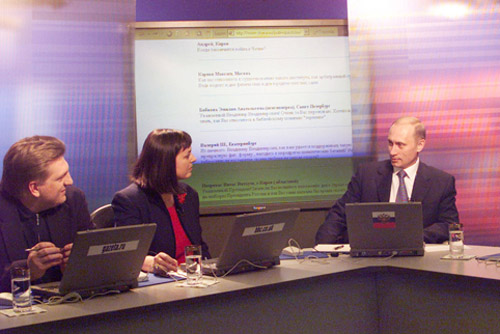 Posted at 09:50h in Science communications by Jakob 0 Comments
0 Likes

Most people seem to want news they can trust, and most people I know think that’s quite hard to find. There are many, many reasons for this, but I’m going to try (notwithstanding the 8,000-word first draft of this piece) to only talk about the ones that are most helpful if you’re trying to decide whether you think a particular source is credible. And so as not to bury my lede: There is no single news source that I would treat as generally trustworthy. Think of the news as your gossipy friend: He might be full of information that you actually want to hear, but you can’t let your guard down, since you also know he’ll say almost anything for attention. So if you want to have decent news intuition without procuring a highly marketable communications degree of your own, here are a few questions that can make it a bit easier to figure out how many grains of salt you’re going to need.

Where is the information coming from?

I promised not to get too technical, but this is an indispensable point: if you’re reading print news from a major outlet, then many of the stories you encounter aren’t written by journalists. I’m sorely tempted to explain what a wire service is here, but really the reason it matters is that many of the stories that you see in print or even broadcast news are press releases written by interest groups and distributed through a paid service. In theory, journalists are expected to evaluate the contents of the release and maybe do some additional research to write an original story. In practice, deadlines are looming, and so the content often gets published almost verbatim. And the authors of press releases do their best to make this easier by formatting their writing to look as much like a finished news piece as possible.

If you want to learn how to spot a press release, the best thing to do is probably look at the guidelines on how to write one.

Why is this a story?

Imagine for a second that you’re in charge of all news everywhere. How do you choose which stories to run? Whatever you’ve come up with, compare it to this fairly representative list of the criteria actually in use. I’m not suggesting you memorize the whole thing, but it’s good to have a general awareness that you might be seeing coverage of an event because the story was already written, because it’s scary, or because it occurred at the right time of day.

The significance of this boils down to exactly what you mean by “trust.” Does it mean you want to be able to believe the factual claims presented to you? Or does it mean you want a source that you can trust to keep you informed of events that matter to you or have great significance in the world? Some of the most scathing criticisms I’ve read of broadcast news have more to do with what it leaves out than what it actually covers.

Is everyone talking nonsense?

With respect to most scientific issues, the press will tend to present the views of a single expert amidst a flurry of crackpots, or simply the crackpot hivemind absent any objection from a physicist or immunologist or geneticist or what have you. If it’s the kind of story that makes you wonder what a scientist or group of scientists has to say, my advice would be to avoid conventional news media altogether. There are enough dedicated scientific news publications that there’s no reason to suffer through a CNN Twitter recitation or the brain-damaging experimental theatre of Sun News. Whether there’s a robust scientific consensus or a heated debate, you’ll find the best commentary on the matter in the numerous expert blogs available.

Don’t get too comfortable.

Whatever else you do, this is the Prime Directive of consuming news: Be ready to change your mind, and don’t trust anyone completely. Except me, obviously.