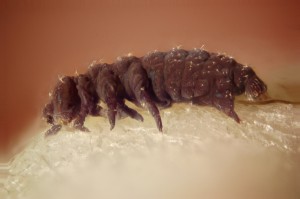 Posted at 12:00h in Science communications by Jakob 41 Comments
0 Likes

My alma mater’s policy on quotation is (loosely paraphrased): “Please for the love of all that is good and pure in the universe, properly attribute all words from external sources so that we don’t need to award you a special mega-F and chisel your academic malfeasance into your headstone.” Point being, at least in my experience, talking to students about quoting is mostly a matter of begging them to actually do it rather than plagiarizing. At no point in my undergrad career did anyone explain the concept of “academic fair use” to me. I happily typed away, quoting (and properly citing, of course) to my heart’s content.

The thing about academic fair use is that it only covers you when you’re writing for a school of some kind. Even if you’re absolutely faultless in attributing the words you use, the sources from which you derive them and the use to which you put them both bear on what you’re allowed to do. You might need to ask permission to reproduce certain content or certain quantities of it. It’s also possible, depending on what you want to do, that the rights-holder will be entitled to compensation.

The first question I imagine most people will have is, “What are the circumstances under which I can just use whatever I want without asking or paying anyone?” The answer to that is public domain. If the copyright has lapsed, or if the creator has voluntarily released the work into the public domain, then you’re free to do as you like with it. Be aware, though, that Creative Commons is not the same thing, and many of those licences come with conditions—though conveniently, many have attribution as the principal requirement. Also be aware that what constitutes public domain varies among countries, since they have different rules about when rights lapse.

Criticism, despite popular opinion, does not automatically qualify a work as fair use. Depending on the regional laws to which you’re subject, a critical use may entitle you to a limited amount of royalty-free text, but limits differ. The cap might be a number of words or a percentage of the original. But the exemption for your critical piece might also be evaluated based on the nature of the source, the purpose of the critical work and its potential effects on the commercial viability of the source material.

Fair use, or fair dealing as it’s usually known in Canada, is really complicated. Since our topic is academic fair use, this list from Queens University is a handy mythbusting tool. The Wiki page is relatively comprehensive and readable. Also beware of the assumption that Canadian and U.S. laws are essentially the same: the linked page quotes Giuseppina D’Agostino in the McGill Law Journal Review, where she points out that an unpublished work is treated in completely opposite ways by Canadian and U.S. law. To complicate matters further, recent changes have been made to the fair dealing portions of the act. If you want details about those, I invite you to start with this summary by Michael Geist.

The difficulty and cost/benefit ratio of asking rights-holders for permission vary widely. If you want to quote entire pages of The Elegant Universe for your company’s ARG, well… good luck with that. But if you just need a key excerpt from a scientific publication for your science blog? Figure out who actually owns the rights and ask them. There’s no guarantee, of course. But in my experience, if the rights-holder is also the creator of the work, you have a good chance of being able to reach an agreement. It may also help if your use is related to the rights-holder’s field.

Of course, laws evolve over time, and copyright is a relatively volatile species. In the scramble to keep up with new technology (and to accommodate the whims of large corporate entities) the law can sometimes wind up being not only confusing but actually contradictory. If you wind up in a situation where you need to interpret an apparently incoherent set of policies, you will probably need at least two of the proverbial “Lawyers, Guns and Money.” And if the 3D chess of institutional legal maneuvering is a big feature of your life, I suspect you have access to all three.

In summary, small-scale content producers deserve your consideration, and large-scale rights-holders have effectively unlimited power to ruin your life should they be so inclined. Either way, playing by the rules seems like it’s worth at least a good-faith effort. Also, for the last time: I am not a lawyer. The above is not and has never been legal advice. Any negative consequences that result from treating it as such are due entirely to the essentially deterministic nature of the universe.