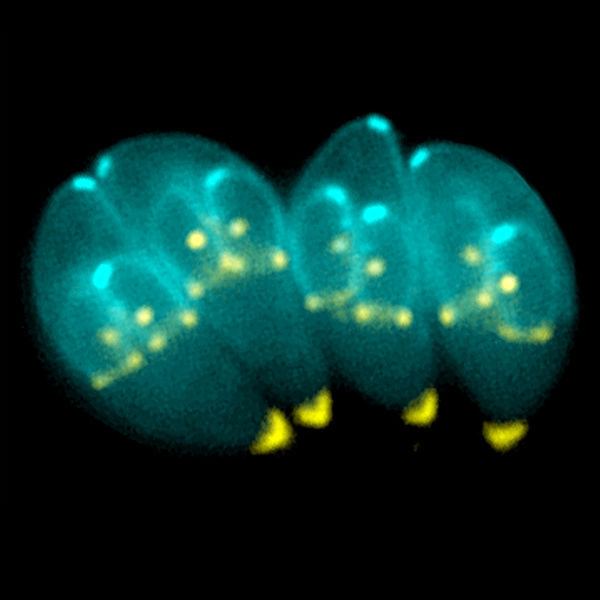 A couple of days ago we posted the first of a series we’re going to call “treasures”: stories about random things in science that we think are beautiful, surprising, amazing or just plain cool. They’re going to be paired with the little circular image icons on our homepage, which we’ll begin rotating, so over time visitors to our site will see a changing set of discoveries. Tuesday’s treasure was the tongue-eating sea louse, a parasitic crustacean that lives inside the mouths of fish—and does exactly what its name says. 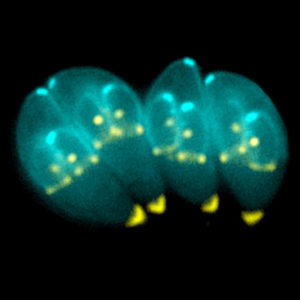 The results were, perhaps, predictable: people on the Internet like cats. Or, as one responder said, our parasitic overlords tell us to like cats. And by “parasitic overlords” I mean, of course, Toxoplasma gondii, the parasitic protist whose normal life cycle alternates between cats, where it breeds, and other mammals, where it reproduces asexually. Typically the other mammal is a prey item like a mouse or rat, which allows T. gondii to get back into a cat when its host is eaten. As it turns out, T. gondiii actually changes the behaviour of these intermediate hosts to increase its chances of getting back into a cat: rats, for example, infected with the parasite display less fear of cats and may even be attracted by the smell of their urine.

Humans are a reproductive dead end for T. gondii (since we don’t generally get eaten by cats), but that doesn’t stop the little critters from infecting us—or, it seems, from having their way with our brains. The research is still inconclusive, but it seems pretty safe to say infection with T. gondii does have some effect on the personality of its human host, and that part of that effect seems to be an increased interest in cats. And with perhaps a quarter of people in North America infected with T. gondii, one could speculate as to just how much our relationship with these bugs influences our choice in internet memes. (Ok, maybe I’m reaching just a little. I mean kitties! Who wouldn’t love them, parasite or no parasite, right? Right?)

T. gondii won with only a handful of votes, though, because the other poll participants listed such an amazing diversity of candidates. I recommend checking out the storify for more cool parasite stories. This might also be a good time to plug the book Parasite Rex, by Carl Zimmer, who also happens to be a science communication rock star. For all the cool, creepy, wondrous and amazing parasites you can handle, as well as some damn good storytelling, I highly recommend checking it out. And for even more, visit this fantastic parasite of the day blog we found out about during our poll.

I’m not an expert, and I haven’t had this post reviewed by one. So if you see an error here, please let me know!