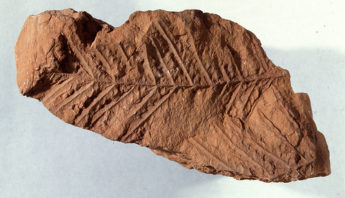 Posted at 13:33h in Science communications by Jakob 0 Comments
0 Likes

Whether you’re putting together a permanent exhibit or a last-minute powerpoint, it’s all but inevitable that you’ll encounter a point at which the most sensible option is to use material that someone else created. This is more frequently the case with images since they’re usually harder to recreate yourself. And in the age of Google Images and instant screenshots, there’s almost nothing in practical terms that can stop you from using any picture you want. Here at Talk Science however, we recommend being careful with your media usage—and we negotiate image permission for many of our clients. 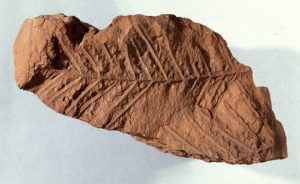 There are some misconceptions about this. Some people seem to think that the fact that an image has been posted online, or even published at all, makes it fair game. Or that simple attribution (like citing a published text) is sufficient, with no need to consult the originator. Or that all images are freely available for non-commercial use. None of these is the case—the last is true of specific Creative Commons licenses, but not all. And while we’re at it, you don’t need to mail yourself anything in order to secure rights to work that you’ve created.

These sources do a good job covering specifics, but the easy way to remember it is as a simple tautology: if you don’t have permission, you don’t have permission. If you’re thinking right now that you know of an exception like fair use, non-commercial use, or prior publication, read the links above. Almost none of the commonly asserted exceptions actually apply anywhere, and the few that do probably don’t apply to the cases that we see in the overwhelming majority of people who claim them.

But to me, the most salient reason to be diligent about securing permission is that regardless of what you think of existing intellectual property laws, it’s a basic professional and personal courtesy to respect a creator’s wishes regarding their work. If it’s worth using, it’s worth asking. And in our media-saturated environment, very few media items have no acceptable alternative. If an item is crucial and there really is no alternative,  then it’s probably worth hiring someone to create one from scratch (bearing in mind that copyright laws also cover derivative work).

I don’t think communication professionals should need the threat of a lawsuit hanging over them, but in case you think this is enforced according to the honours system, it’s not. While there are a lot of small-time rights holders out there now who probably don’t have the means to sue you, it only takes one filing to cost your organization a whole lot of time and money.

If that sounds a bit doom and gloom, here’s some encouragement: For those who need a quick fix for unrestricted content, there is a database of Creative Commons licensed images. The Creative Commons website itself has a nice summary of CC licenses, and a search function so that you can easily filter for the images that suit your licensing needs; it can sort through Google Images, Flickr, and other popular image databases by content and license type.

That being the case, why restrict yourself only to free stuff? Sometimes—like in these blog posts—it really is the way to go. But in professional applications, it’s often worth paying the going rate for the perfect image. And most “perfect” images aren’t especially cheap to produce. Nature photographer Alex Wild estimates the minimum rate that can keep him solvent at $105 per image. And he shows the math as well. His economics might be vulnerable to critique, but if anyone has a similarly rigorous argument for why they shouldn’t have to compensate Wild at all, I’d love to hear it.

And suppose the anarcho-syndicalists rise up tomorrow and finally smash the state. Suppose that in the subsequent utopia, copyright is totally abolished. No more restrictions of any kind. In that world, Talk Science would still be securing permission for every single image we use, because it’s the right thing to do. Why do it any other way?