The first thing I need to tell you about the snapping shrimp is that I did not make it up. This is science. Really.

The “snapping” part of this crustacean’s name refers to the action of a special arm it has—just the one. The limb is massively muscular compared with the rest of the body, and it terminates in a crab-like claw. The main purpose of this claw is to snap shut very fast. But not on anything. Instead, the appendage is used as a ranged attack: it snaps shut so hard and fast that it creates a blast of superheated bubbles that can stun or even instantly kill its target. They also make friends with fish.

I think this is all pretty wild on its own, but the true insanity lies in the physics behind the shrimp’s bubbly attack. What’s occurring, it turns out, is something called cavitation: a phenomenon that results from bubbles rapidly forming and then collapsing underwater. Although it happens at a microscopic level, cavitation releases tremendous amounts of energy; over time, it can eat away at metal propellers and other heavy underwater equipment.

That’s all the physics-related words I know, so here’s a nice video of the shrimp in action; just ignore the cheesy sound effects. It’s possible there’s a shrimp somewhere that mimics the sound of a shotgun being racked, but this is not it. 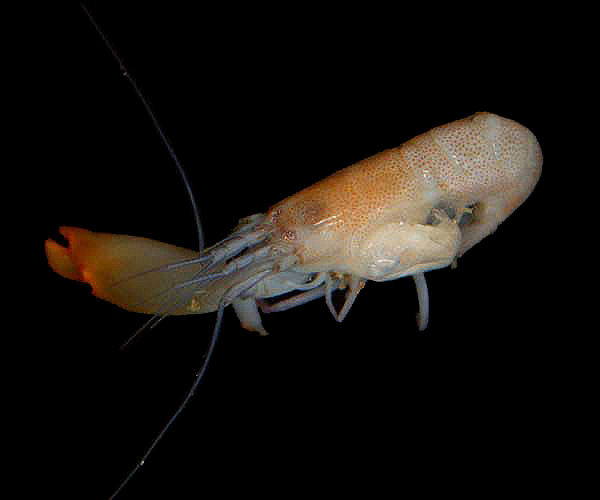 Other crustaceans engage in the OP-arm strategy as well: fellow malocostracan mantis shrimp share the pistol shrimp’s quickness, but with a close-quarters application. So-called “smashers” swing a hammer-like appendage to pulverize or shatter their prey. And they can create the same tiny, superheated bubbles in the process. “Spearers” impale their prey on pointed appendages, as the name suggests. The spearer is also about to be the next big meme, thanks to an understandably effusive treatment in The Oatmeal.

I can’t really pick a favourite; the important thing to me is that I still have something to argue about with my friends after we settle once and for all which superhero is best.

This is usually where I make some abstract argument for why the thing I’m talking about is cool, but at this point if you’re not sold, I don’t think I know how to help you.