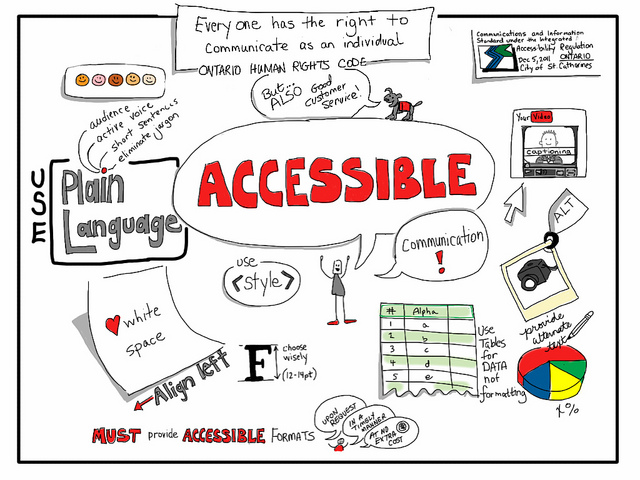 Posted at 14:32h in Science communications by Roma 0 Comments
0 Likes

October 13th is International Plain Language Day (IPLDay), a celebration of clear communication and the plain language movement. In Vancouver, we celebrated IPLDay a week early at Communication Convergence, a conference that brought together communicators from different fields for an afternoon of discussion. I’m fairly new to the concept of plain language, and throughout the afternoon I began to reflect on how it fits in with my role as a science communicator.

What is the plain language movement?

The plain language movement encourages writing that is clear and easy to understand. Plain language advocates argue that access to easy-to-understand information is a human right. Often, important communication is difficult to understand: think about medical reports, rental agreements or job contracts. We like to joke about legalese, but misunderstandings of legal or medical documents can have serious consequences. This TED Talk explains it best.

Many governments have passed laws that require government documents to be written in plain language. October 13th was chosen as IPLDay because it’s the day Obama signed the Plain Writing Act of 2010, which states that all US government agencies must use clear communication in their documents. The Canadian federal government’s communications policy states that “Information about policies, programs, services and initiatives must be clear, relevant, objective, easy to understand and useful. To ensure clarity and consistency of information, plain language and proper grammar must be used in all communication with the public.” In 2013, the Canadian government introduced the Plain Language Labelling Initiative, which aims to make drug labels easier to understand.

Organizations that advocate for plain language include IC Clear, PLAIN and Clarity.

Why is plain language important for science?

Science (and academia in general) has a bad reputation for confusing writing. This is because of features of traditional science writing such as writing in passive voice (“the experiment was conducted”), which hides the person who did the action and often makes sentences longer. Jargon and complex terminology add to the difficulty. But science writing is changing.

At the Communication Convergence conference, Eric Jandciu of the UBC Science Centre for Learning and Teaching spoke about recent initiatives at UBC to train science undergrads in science-specific communication. In the past, science students took general English courses to get their communications credits. These courses often weren’t very applicable to the day-to-day work that scientists do. The new courses teach skills that scientists will use, and they also encourage students to see communications as part of being a scientist.

As scientists and science communicators, our goal is share information with the general public. Science issues often become political issues (think climate change, stem cell research, GMOs). If people don’t understand these issues, then they can’t make good decisions about them. And it’s hard to understand these issues when they’re not expressed clearly. It’s our responsibility to make sure people can understand what we are saying.

What can we do as individual scientists and science communicators?

A move toward plain language requires a cultural shift. Many industries resist change, sometimes just because it takes a lot of time and effort. Some fields may actually benefit from using confusing language. Most times, people don’t even know there’s a problem with how they communicate. So, like many cultural shifts, the move to clearer communication will ultimately come from individuals. Here are some ideas for how you can start: