Muses: Parasite of the Day 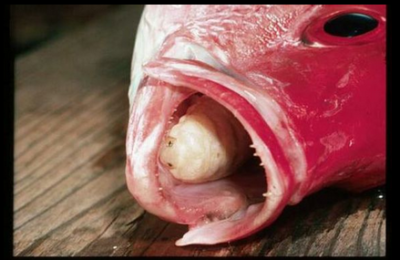 Posted at 11:41h in Science communications by Jakob 0 Comments
0 Likes

If you’ve read other blog posts here or followed us on Twitter, you’ve likely noticed that we kind of like parasites. A lot. And whether or not you can muster up the same fascination, it’s kind of hard to argue against their importance; roughly 40% of species on earth are parasitic, and as many as 75% of relationships in all foodwebs involve a parasitic interaction of some kind.

Tirelessly working to inform the world of every last one of these amazing lifeforms is the brilliant blog Parasite of the Day. Writing up the unique behaviours of nematodes, hookworms, flukes and wasps with equal clarity and care, authors Tommy Leung and Susan Perkins have created what might actually be the best resource of its kind. I think what I like most about it is that it takes the appeal of its subject matter as implicit. There are no attempts to downplay the grossness or apologize for the squeamishness that might result from reading the posts.

Another extremely admirable thing about Parasite of the Day is that they’re really not kidding about the title. Posts are regular and thorough, usually with great images and interesting (though spare) commentary. If you’ve ever run a blog, you probably know how hard it is to keep up a consistent output. PotD is a great example of the importance of committing to your social media presence. If you’re trying to run a blog for a museum or other educational institution, this can be really difficult. People tend to have grant requests to write or maybe even science to do. But if you plan to wait until you have a large audience before you start producing content on a regular basis, I suspect you’re going to be disappointed.

Read over Parasite of the Day and you’ll see why their approach works. I wouldn’t read every post in chronological order—there’s a whole lot of them—but they’ve built up such an archive now that you can explore indefinitely and always find new things. Although there are other formats for a blog (news-focused, for example), I think it’s pretty safe to say that the internet will tend to punish you for being inactive, and readers won’t stick around very long on a blog with no content. Whether or not you aspire to internet stardom yourself, I highly recommend poking around on Parasite of the Day. I predict it won’t take long for you to find something so amazing and horrifying that you have to share it with someone else. For me the threshold tends to be anything that lives in an eye.