The benefit of accident and coincidence in radioactivity 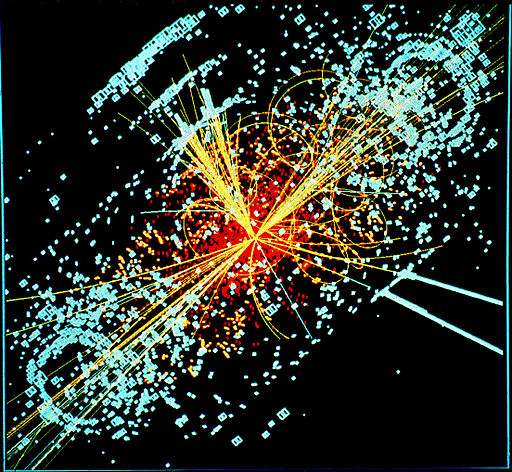 07 Nov 2014 The benefit of accident and coincidence in radioactivity

Posted at 10:51h in Science communications by Amanda 0 Comments
0 Likes

coincidence = [noun] a chance occurrence of events remarkable either for being simultaneous or for apparently being connected. Synonyms: accident, luck, fate

During a non-accidental* wander through the Pacific Science Center’s online calendar of scientific events, I noticed one of those divine coincidences that is probably only exciting to me and maybe a few other calendar/science nerds out there.

Not that this is going to stop me sharing—it’s about radioactivity and accidents. Interested? Here goes: Marie Curie’s birthday—that’s today—is the day before the anniversary of Wilhelm Roentgen‘s discovery of X-rays.

Ahem. Maybe I should come clean about this fascinating coincidence of scientific chronology. Curie was born November 7, 1867, and Roentgen made his astonishing discovery on November 8, 1895. So yes, technically there is a tiny, 28-year gap in my reasoning. Nevertheless, it is still exciting, and also an amazing coincidence—one that just keeps on giving, in my opinion. Let me explain.

Although scientific thought and experimental design are logical steps and progressions, there have been some amazing coincidences, chance happenings and accidental occurrences that we benefit from today. And the field of radioactivity research is not excluded from this.

The first amazing accident involved Roentgen. During the pre-experimental testing phase for a new series of experiments involving cathode ray tubes, he witnessed a strange event. Before test firing a new vacuum tube set-up, he plunged his lab into darkness to check the completeness of light seals around the equipment. The light seals were good, but Roentgen found himself drawn to a strange shimmering light on another bench a few feet away. Each time he fired up the tube, the shimmering returned even though there were no exposed light sources in the room.

After spending the whole weekend eating, sleeping and playing with electricity in his lab, Roentgen deduced that when energized, the electrode in the glass vacuum tube gave off rays unseen by the human eye. They could penetrate glass and cardboard, and travel a short distance to make a light-sensitive screen stacked several feet away glow. Since the rays were unknown, he called them X-rays, after the term for mathematical uncertainty.

Roentgen’s discovery that X-rays could penetrate human flesh happened by chance, too. Testing materials that could block these mysterious X-rays, Roentgen passed a piece of lead across the beam and saw what we now know as an X-ray or radiograph of his hand appear on the screen. He also used his wife as a test subject, producing the world’s first medical X-ray and scaring the living daylights out of her when she caught sight of her finger bones.

Six months later, Henri Becquerel accidentally stored his uranium salts in a desk drawer alongside a wrapped photographic plate. Excited by Roentgen’s work, Becquerel was investigating phosphorescence and generation of X-rays by the action of sunlight on uranium. Dull days meant no experimentation, so the scientist had tidied up his apparatus, meaning to return to it when the sun came out. When he eventually developed the plate, instead of the dull image he expected, Becquerel was surprised to see a sharp outline where the uranium had been sitting, no sunlight required.

Coincidently, at about the time that Roentgen was experimenting on his spouse, the 28-year-old Curie was embarking on her doctoral studies in Paris. Inspired by Roentgen and Becquerel, Curie decided to study uranium and its strange electromagnetic rays. Along with her spouse, Pierre, she characterized uranium’s properties and isolated two new elements, radium and polonium, which gave off these mysterious rays. Creating the term “radioactivity” to describe what she was seeing, Curie hypothesized that the rays were due to events happening at the atomic level, challenging the prevailing notion of the indivisible atom.

Both Roentgen’s rays and Curie’s radium emit ionizing radiation. Today we know of radiation’s dangers and actively take steps to minimize and avoid accidents. But we also benefit greatly from the work of Roentgen, Becquerel and Curie. Without these accidents and coincidences, modern medicine would be lacking a few key tools. We would not have the minimally invasive diagnostic power of radiography or PET scans, there would be no radiotherapy for cancer, and sterilizing equipment would be tricky.

Worth noting is that, although all this technology is extremely valuable, none of the pioneers profited from it. Roentgen, Becquerel and the Curies chose not to patent their findings, insisting that whatever came out of them was for the whole human race.

* Non-accidental, in that I look each month for inspiration for science-related blog posts.Find the Pacific Science Center calendar here and sign up for the Google calendar online (never miss a date with science again).