Around town, a.k.a. back to school 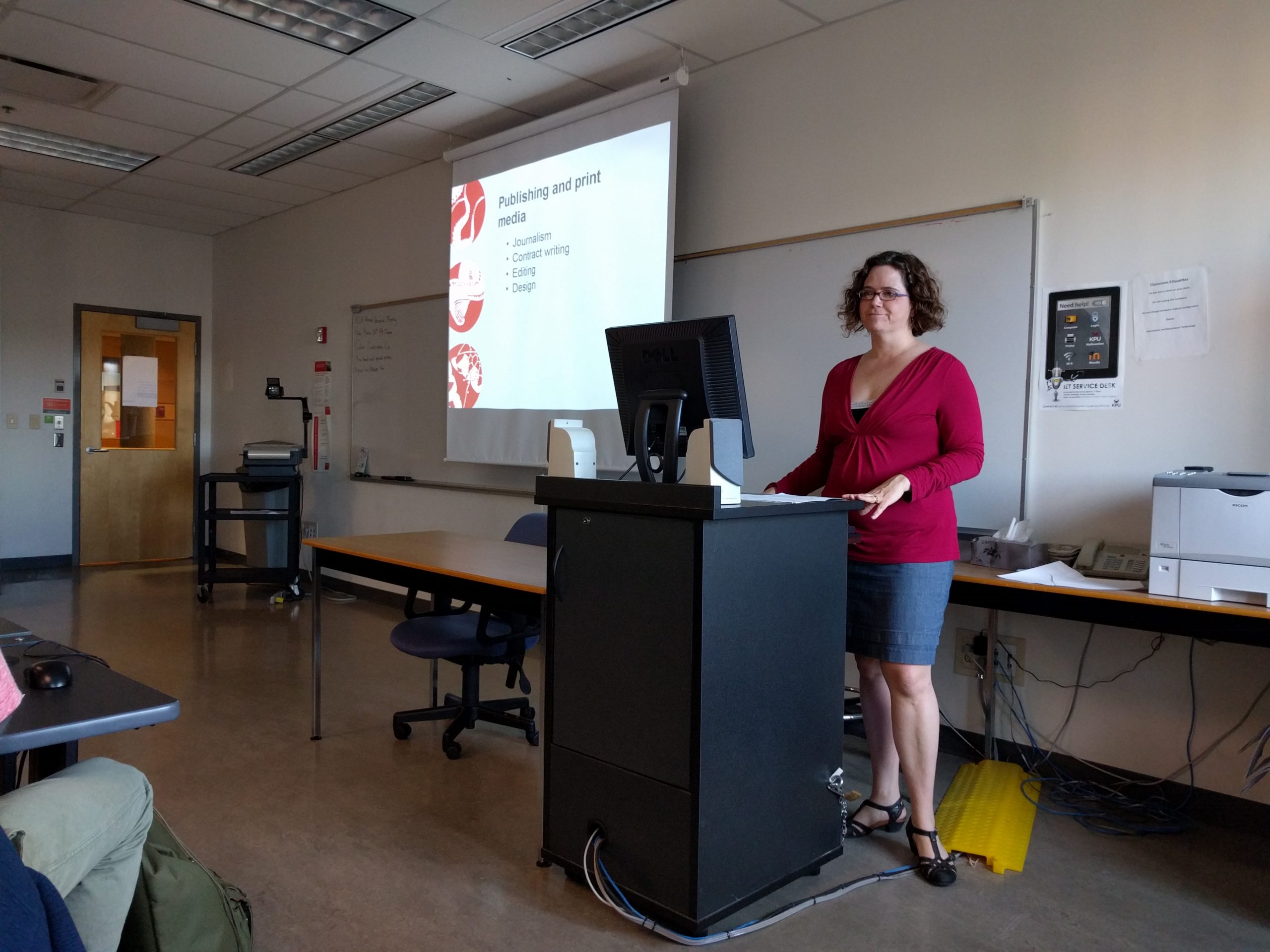 Posted at 10:00h in Science communications by Amanda 0 Comments
0 Likes

One of the reasons for highlighting upcoming science conferences in Vancouver in my Around Town series is that it gives me a push to find out more on a subject I may have little exposure to. It’s also a great inspiration for a regular series of blog posts!

Last month, press releases ahead of one of these conferences, the 68th American Academy of Neurology Annual Meeting, caught my eye. As is common in the promotion of meetings for large organizations, the preceding month saw a few press releases announcing some of the research coming to the Vancouver Convention Centre. The first reported a preliminary study on the effect of daylight saving time (DST) on incidence of ischemic stroke, and the second investigated engagement in various mentally stimulating activities in older age and the effect on development of thinking and memory problems.

When I blog about upcoming events, I usually write about something that fascinates me from the program, or brush up on terminology, or even wax lyrical about proteins. Press releases are a handy inspiration. All of this takes careful research, and it’s equally true for the press releases.

At around the same time as I was exploring the American Academy of Neurology conference, Talk Science Mastermind Eve and I took part in a workshop for health sciences students at Kwantlen University, where we explained a little about the science communications work Talk Science to Me does and about science writing in general. A few of the questions from the students focused on how we find subjects to write about and how we work out whether they are valid.

Here's our science writer @afmaxwell speaking tonight to a #scicomm class at Kwantlen U pic.twitter.com/ms1UzLvoqr

So, here’s a brief summary of the workflow I go through when choosing a topic.

In the first study I read about, Finnish researchers found an association between the incidence of stroke in the first two days following the switch to DST. In the second, a team from the Mayo Clinic found that a group of seniors 70 years or older regularly taking part in late-life mentally stimulating activities were less likely to develop mild cognitive impairment over four years.

Why did the press releases catch my eye?

Apart from the fact that they turned up in my feed reader’s daily aggregation, the topics seemed highly relevant to me in the moment. Number one: for the first time ever, I think, I missed the dreaded Spring Forward by virtue of travel and location, being in the United Kingdom for the North American transition, then missing European DST a couple of weeks later when I flew back home. And number two: my reason for travel was to visit my parents, both in the older age group.

How did I decide if the topics were appropriate for the Talk Science blog?

Or, in other words, am I falling for clickbait? Old age, Alzheimer’s disease, DST, stroke, debility…these are all newsworthy subjects, so how do I know that I’m not falling under the spell?

First, what are my trusted sources saying about the subject? My handy feed reader turned up nothing critical of the reports. Now this in itself is not perfect, but it has in the past been a good indicator of questionable veracity. There are many gifted scientific writers out there to learn from, and they are much sharper at digging into the data than I am. No early alarm bells rang for either of these press releases. Note, though, that if I were writing a feature piece for a bigger organization, independent fact-checking would be required; phoning an expert on the subject for comment is a good first step here. At Talk Science, we have a number of experts we can turn to for this kind of verification.

I also turned to two other critical resources, Health News Review and the United Kingdom’s National Health Services Behind the Headlines blog, to see if there was any discussion. I found none. Both are pretty sharp at picking up and dissecting bogus hype.

Then I reread the press releases, in addition to looking at the two conference abstracts supplied and noting that neither had been through journal peer review for publication. In terms of study numbers, looking for sufficient sample size for veracity, data for the first study on stroke and DST came from ten years’ worth of health records. This encompassed over 11,000 individuals for the control group and more than 3,000 patients. The second study followed almost 2,000 seniors over four years.

One of the key areas for clickbait generation is the confusion between association and causation. For example, while rising costs for a bag of potato chips are statistically associated with an increase in reported deaths for wheelchair users (r = 0.971706), they are unlikely to be a root cause even if the data suggest otherwise. In both the neurology studies, neither the research team nor the press release stated absolute causation for the observed results, stating only that x was associated with y.

The DST/stroke study press release quoted one of the study authors as saying, “Further studies must now be done to better understand the relationship between these transitions and stroke risk…”

Janina Krell-Roesch, co-author of the mental activity and cognitive decline study, described the study as showing only an association, not cause and effect; however, she also suggested in the press release that “…as people age, they may want to consider participating in activities like these because they may keep a mind healthier, longer.”

I am the first to admit that my critical thinking skills and grasp of study design/statistical analysis are rusty. Applying my own critical eye in addition to scoping out other informed reactions is a part of my process for avoiding clickbait. While none of the steps described above is by itself foolproof, the results obtained are usually enough for me to decide whether or not to mention studies on the Talk Science blog.

In conclusion: nothing sensational here, but interesting studies that I felt were worth sharing.

If you have any more tips on checking out possible science stories, please leave a comment below.