Einstein, or it’s okay to say “what?” 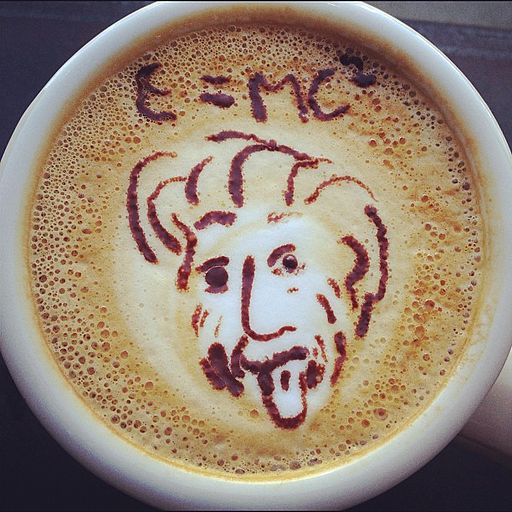 Posted at 09:06h in Science news by Amanda 0 Comments
0 Likes 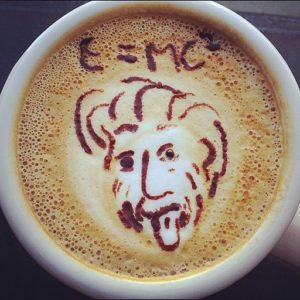 June 30 marks the anniversary of publication for physicist Albert Einstein’s first paper on special relativity. On the Electrodynamics of Moving Bodies (1905) sets out Einstein’s theory on the relationship between space and time, establishing relativity for time and distance, and the absolute nature of the speed of light. As one of his four annus mirabilis [Latin: “miraculous year”] papers published in Annalen der Physik science journal the year that he obtained his doctoral degree, Einstein’s paper turned the concepts of space and time inside out—or upside down. It also set him on track to incorporate gravity into a general theory of relativity 11 years later, which observations from LIGO (the Laser Interferometer Gravitational-Wave Observatory) have only recently proved correct.

Einstein’s name is now synonymous with “genius”: he wrote his four papers while working as a technical assistant in the Swiss patent office, his mass-energy equivalence formula E=mc2 is the world’s most famous equation, he received the 1921 Nobel Prize in physics, he is the most widely recognized scientist of all time, and he is perhaps responsible for the stereotypical wild-haired image of a scientist in many people’s minds.

But how many people have read the paper on special relativity and understand it? Just scientists?

I tried so you don’t have to

The paper is a mass of equations around Einstein’s explanation of process—not the most reader-friendly piece of text. By the time I got to the second equation, I was lost; though I felt extremely pleased at spotting the equation for determining velocity, (distance divided by the time taken to travel). I’m not a physicist or a mathematician.

But that’s okay. Scientists don’t need to understand every branch of science any more than a non-scientist should. What is important is knowing where to go for explanation, or if you’re the reporting scientist, knowing when and how to put something into plain language (…cough cough Talk Science to Me ).

Ripples, no doubt” about the amazing news from LIGO, I knew that it was a Big Event in Science but wasn’t too sure of the specifics, even after reading and referencing the original primary research paper. For translation, I relied on information in the initial press release, commentary from trusted experts, and plain language explanations, including a cool animation from PHD Comics.

My first call is usually Wikipedia—not for an absolute factual explanation, but to familiarize myself with the jargon involved and maybe collect a few sources. For special relativity, however, the Wikipedia entry is quite dense, though it does carry a useful graphic explaining the relativity of simultaneous actions…

The Max Planck Institute for Gravitational Physics (a.k.a. the Albert Einstein Institute, no less!) in Germany maintains a much more straightforward walk-through on its Einstein Online website. Curated by the Albert Einstein Institute itself, the website publishes content created by a number of experts in the subject. Aimed at “somewhat below that of Scientific American,” the texts present accessible Einstein, and a review process makes sure that the science is both accurate and understandable.

From the spotlight on special relativity, I first learned the difference between relative and absolute statements with a simple coffee cup analogy: its position is relative and dependent on the position of the observer, but being full or empty is an absolute. From there, the explanation moves on through special relativity and inertial observers to explain that neither time nor distance is absolute. Introducing the reader to time dilation shows that a moving clock runs slower than a stationary one; a moving object is shorter than one that is still. Only the speed of light is a constant and does not vary with the position of the observer. It cannot go faster or slower…

Einstein Online is text based with animated gifs, so it loads well for all online users. I sort-of understood the main concept; however, for a more visual unraveling of special relativity, I turned to the animations.

Minute Physics both shows and tells the background behind the theory, using a series of nifty hand-drawn infographics to explain what Einstein was trying to figure out…in just over a minute. There’s even a series on special relativity that takes the discovery further.

Meanwhile, Kaylee Yuhas on Explorium explains a little more about light not getting faster and time dilating, using some real-life illustrations.

Or check out Kadi Runnels’s entry as a finalist for the Breakthrough Junior Challenge 2015:

But what’s it all about?

So now you know about special relativity, but what’s it useful for? Sometimes the best way to learn the what? is understand the why?

Physics Girl explains some of the mind games that special relativity conjures up, like the twin paradox, where one twin ages on earth while the other flits around deep space for 30 years and ages only 26 years. It’s all to do with acceleration, keeping in mind that clocks traveling faster run slower.

The clock-and-time puzzle also features in why special (and general) relativity matters for GPS to work properly. Mostly, here on Earth, relativity doesn’t factor much into day-to-day life, but with satellites orbiting in space, there is enough distance for the effects to be noticed. The Perimeter Institute for Theoretical Physics explains this visually, and there’s a plain language version from the American Physical Society’s Physics Central.

By now you should be capable of getting to grips with some more general relativity. You’ve already met the concept of mass and energy making gravitational waves and bending space from my post on LIGO, “Ripples, No Doubt.” Here’s your chance to learn how mass affects light too by making it follow a curved path in space. This was first proved in 1919, when stars were spotted during a solar eclipse.

Okay, so I’m not a fluent physicist and definitely still a little hazy about the whole concept, but at least now I understand the general terms of what Einstein published, thanks to translation of the original paper into accessible text and engaging animations.

Science communication magic aside, what impresses me more is that Einstein made all these calculations in theory, as predictions. He had no way of testing his equations in the physical world with the instruments and technology of the time. Though Dyson, Eddington and Davidson proved his theory of general relativity within a few years of its publication, it took 100 years for LIGO to detect gravitational waves.

Though briefly a patent clerk(!), was Einstein a patient scientist? Was he okay with his predictions staying theoretical for the most part?

Apparently, when asked if Eddington’s observations had proved his theory of general relativity wrong, Einstein replied, “Then I would feel sorry for the good Lord. The theory is correct!” Which suggests that “theoretical” is not how he would describe his work.

Or maybe patience is relative?