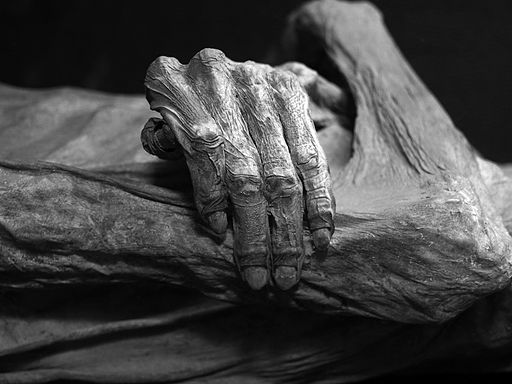 behind the sofa. Relax; it’s not a whole-body reanimated dead-to-alive apocalypse, just a finding from a group of researchers who saw that in death, a whole series of genes come to life.

Researchers Peter Noble, Alex Pozhitkov and colleagues at the University of Washington found that for a short period after death, certain cell activities seemed to rev up—a surprise since death usually means the biological end for an organism. In both mice and zebra fish, they noted an increase in gene transcription that continued in some cases for up to 48 hours. Going public in a preprint published ahead of peer review in journal bioRxiv (pronounced “bio-archive”), the authors express their surprise at the findings. Using a car running out of gas as an analogy for death, they note “one would not expect window wipers to suddenly turn on and the horn to honk several days after running out of gas.”

So how did they find this out? The research team focused on the genetic information within cells in certain tissues. They theorized that perhaps at death, since the animal was no longer alive, then activities like gene transcription would also stop.

As you know, DNA encodes our genes, which in turn code for peptides that make up the proteins required for a whole host of cellular activities. Activating the genes by transcription into RNA is followed by translation of messenger RNA (mRNA) into peptides. Peptides then aggregate into proteins (cough! reviewed here in this excellent blog post on how amazing proteins are).

As a marker of genetic activity, Noble and Pozhitkov measured mRNA transcript abundances. Once they noticed that some mRNA levels increased in the 48 hours following death, they took a closer look to find out which genes were sparking to life.

Not unsurprisingly perhaps, they found that stress response genes that help cells cope with low oxygen levels (hypoxia) or heat stress activated in the period following death. Other reanimations included those responsible for immunity and inflammation, but the team also found activation of genes normally active only in embryonic development and also some involved in cancer.

So, apart from the very loose connection with Halloween, why does this matter? Furthermore, isn’t this just for fish and mice?

First, it’s not just fish and mice; zombie genes have been reported in humans too. Taking biofluids from human cadavers, González-Herrera et al. noticed in 2013 that expression of genes for three proteins—MYL3, MMP9 and VEGFA—actually rose at 12 hours following death.

Where these results could deliver the most impact is transplant medicine. Depending on how rapidly activation occurs, an organ for transplantation could contain activated genes normally seen only during development or even those associated with transformation to cancer.

Supporting organs between harvest and transplant, using approaches based on the types of genes activated following death, might increase success and may even cut down on rates of cancer in transplant recipients following treatment.

Another area explored by the research team and published in a separate bioRxiv paper looked at using the gene activation data in forensic science. The researchers found that since the activated genes sparked to life at different times after death, their abundance could predict the postmortem interval. Grouping genes together improved the predictions, as shown by linear regression analysis and examining the fit of the data sets to predicted and actual time of death.

However, Noble, Pozhitkov and colleagues do ponder over bringing cells back to life, asking, “what would happen if we arrested the process of dying by providing nutrients and oxygen to tissues?” … Hmm…maybe zombies do know after all!