In case you were wondering, part II 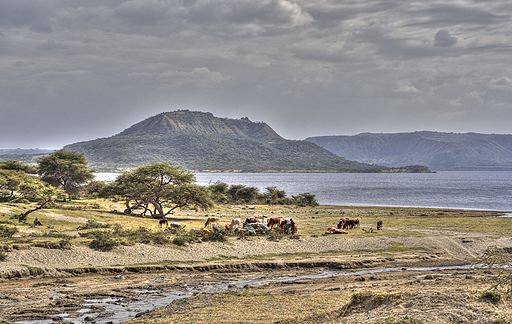 Posted at 13:18h in Science news by Amanda 0 Comments
0 Likes

other updates on stories we covered last year.

Although we’re still not comfortable with the frivolous use of helium gas in party balloons, a recent discovery certainly gives MRI fans, astronauts and the boffins at CERN, the European Organization for Nuclear Research, reason to celebrate.

At the end of June this year, scientists from the University of Oxford and Durham University announced success in a helium hunt collaboration with Norwegian exploration firm Helium One. By combining traditional prospecting with seismic imaging and helium geochemistry, the team located the gas bubbling out of the ground in the Tanzanian East African Rift Valley. They estimate that this reserve might be as large as 1.5 billion cubic metres, or enough to fill around 1.2 million medical MRI scanners.

It may not look much, but it helped find enough helium for 1.2 million medical MRI scanners: https://t.co/WVkIGS8n1f pic.twitter.com/RCRb0oOMLA

Work done in the earth science department of each university predicted that volcanic activity could be important in releasing helium gas. The heat generated is enough to drive the gas out from rocks close to seismic activity and into gas fields just below the ground surface.

Although the research team and exploration firm still have to locate an extraction sweet spot, experts predict that the new reserve will ease the current helium shortage. They also note that the new approach can help find other helium reserves around the world.

In other gaseous news, it is encouraging to see the helium shortage taken seriously, especially by organizations outside the world of research. Last year, the British Medical Association called for a ban on the frivolous use of an invaluable and irreplaceable gas. Closer to home, the annual Vaisakhi Parade in Surrey went helium-free this year, and Victoria’s Backyard Weekender music festival might go the same way next year.  Although some of the opposition is from their potential as harmful marine pollution, others did mention the global shortage as a reason to avoid using helium balloons.

a new particle may have been detected. Although scientists wisely regarded the data as random glitches from a particle-smashing event, physicists also acknowledged that if proven, the results could open a whole new direction for physics, overturning the Standard Model proven four years ago by the Higgs boson discovery.

Infuriatingly, the collider shut down for winter maintenance, and then reopening got derailed by weasel activity in the electrics, preventing researchers in two groups from running further tests to see if the double bumps seen in their LHC data were real. No word on whether they were discovered by a Higgs Hunter…

Eventually, reopening was worth waiting for, but also disappointing for the two teams. Even though the 2016 operating season brought higher collision energies in the LHC, allowing researchers to investigate the Higgs boson in more detail and continue the search for new disruptive particles, it also saw the data bumps vanish. If you’d like to see what disappointment at CERN looks like and commiserate alongside the researchers, here’s a BBC documentary from August 10.

But wait—there’s more! Yet another particle might be waiting in the “wings.” In September, the High Energy Physics Group at the University of the Witwatersrand in Johannesburg, South Africa, announced the possibility of a Madala boson. According to a press release from the university, if found and confirmed, this new boson could help scientists understand more about dark matter. The previously found Higgs boson interacts with regular or known matter according to the Standard Model in physics; dark matter, which forms 27% of the known universe and cannot be explained according to the Standard Model, probably has its own counterpart—the proposed Madala boson.

Phew! While we’re waiting, why not make a particle pizza and munch along in solidarity?