In case you were wondering: HeroRATs 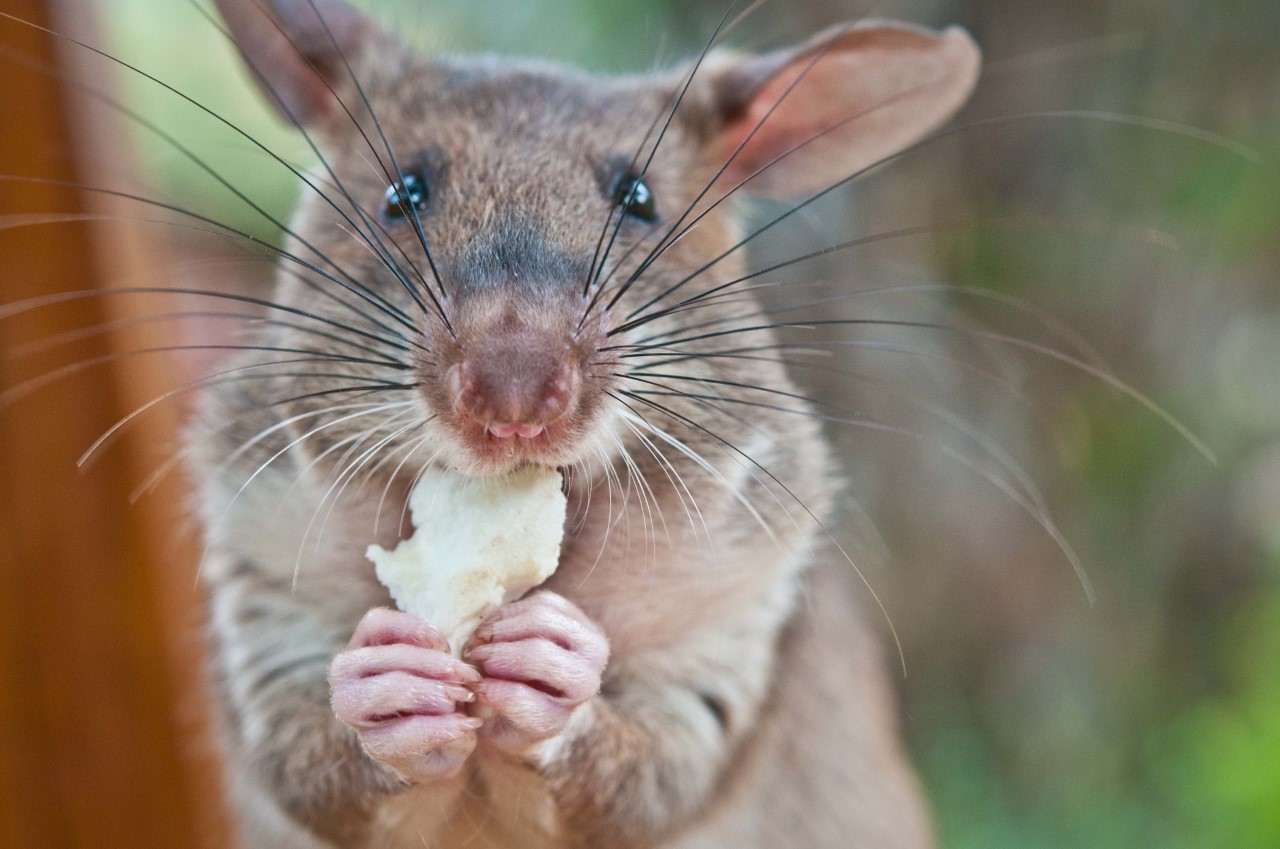 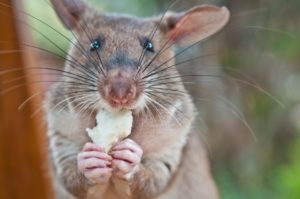 We first squealed with delight over the APOPO HeroRATs in a cool science gifts post waaaaaay back in November 2014. Always on the lookout for science treasures, we couldn’t help but introduce the amazing impact the rats’ olfactory abilities were making in mine detection and tuberculosis screening in Africa.

Oh, and the cute! Valentine’s Day is coming soon…

We adopted a couple of the rodents (Hans and Gertie), added APOPO Hero Gifts to our browser bookmarks and sent some virtual baskets of bananas to our nearests and dearests. With regular updates from our adoptees, APOPO is never far from our hearts and minds.

So, what have the giant pouched rodents-of-unusual-size been up to since then? We thought you’d like to share in the awesomeness (and of course the cuteness—squee!) of this amazing organization.

APOPO mine-detecting rats from the training program in Tanzania are currently deployed in Angola and Cambodia, with logistical aid supplied in Laos and Vietnam—all recognizable to history buffs as some of the worst modern warfare zones of the 20th century. Unfortunately, this resulted in littering the countryside with explosive devices to take out enemy soldiers. With the end of each war, the mines and unexploded ordnance didn’t simply deactivate or vanish along with the soldiers; in many areas they still remain, threatening civilian life, maiming and killing family members going about their daily routines. The departure of the soldiers did not necessarily mean the end of the war.

APOPO has helped rid five provinces from the scourge of these insidious weapons. In the process, APOPO has destroyed a total of 13,826 landmines and returned 11,463,861 square metres of safe land for productive use back to communities.
— APOPO Mine Action Projects: Mozambique

In September 2015, Mozambique was declared mine-free as a country. After helping clear and return rural land in Gaza Province since 2008, the APOPO rats remained in Mozambique, helping with cleanup efforts for a former arms dump. This area was handed over as cleared in December 2016 and is now an eco-park.

In 2015, APOPO sent its first team outside Africa to assist with ordnance clearing in Cambodia. Since then, the HeroRATs have helped find and inactivate 4,907 mines, and have returned 14,517,659 square metres of land to safe use. As of May 2016, APOPO is moving into mine-clearing operations in Zimbabwe.

The impact that APOPO rats have on mine-clearing operations has been recognized in a report from the Geneva International Centre for Humanitarian Demining.

In total, APOPO has been responsible for destroying 105,024 landmines and unexploded ordnance and releasing 21,599,612 square metres of land back to communities to use safely, which itself frees 914,452 people from living in danger.

In May 2016, APOPO reached the landmark of identifying 10,000 TB-positive patients who were initially missed by their local clinics and sent home.
— APOPO News: A Look Back at 2016

Tuberculosis infection is something else that rat noses are good at detecting. Clinically, it is difficult to get a positive diagnosis for this debilitating respiratory disease, and false negatives occur frequently. If patients with the disease are told they are okay and sent back home, they risk spreading the infection further among family and friends.

In Tanzania and Mozambique, trained rats successfully sniff out TB in sputum samples, screening samples from laboratory testing for false negatives. Since they can sniff out infection faster than the labs can diagnose it, this has helped patients get treatment faster and has prevented disease from spreading back to the community. In Mozambique, the rats are so fast that they can return results back to clinics and patients in less than 24 hours.

And all this expert sniffing means that the current stats stand at more than 11,054 additional cases detected from screening 402,017 samples, which prevents a potential 81,390 infections from developing.

Not quite yet—still working on that one. But since Mozambique is now mine-free, what happens to all the staff employed in the demining teams? Since all resources are sourced locally, including training teams, handlers and support, finishing a demining operation could leave many people without a job. To prevent this, APOPO takes care of its workers and their families by offering retraining for former staff, to make sure they find good jobs going forward.

The HeroRATs’ noses might be heading off on another mission soon. A small team is being trained to sniff out pangolins, African animals that are the most trafficked mammals in the world due to the demand for their meat in Asia. This “trade” is illegal since pangolin species are close to extinction.

Let’s hope the HeroRATs are as successful in protecting these mammals as they are at protecting us humans.

What can I do?

As a small non-profit, APOPO is constantly in need of support. HeroRAT adoptions make great virtual gifts, avoiding unnecessary wrapping and postage, and there’s nothing better than sending a virtual basket of bananas or perhaps a love nest for Valentine’s Day to your sweetheart.

Follow the HeroRATs through social media to learn more about their furry little lives.

Ummmmm… who else just realized they have to take down their holiday lights?! #happynewyear #ratsofinstagram #decoratingtips