Cool science memories from the team

04 May 2015 Cool science memories from the team

Posted at 14:14h in Treasures by Amanda 0 Comments
0 Likes

Enough about you—what about us?

It would be correct to say that here at Talk Science to Me, we pretty much eat, sleep and breathe science. In fact, that’s how our mastermind, Eve Rickert, explained her journey into #scicomm for a class of health science writers at Kwantlen Polytechnic University we were invited to speak to earlier this month. From tales of the pistol-packing shrimp that stuns its prey with sound waves, to the excitement of bacteriophages that bring the dead back to life, Eve brought a fresh sense of marvel and storytelling about the world of science writing to inspire the students.

But what about the rest of the team? What particular moments hooked them into reporting, editing and designing science materials? Read on to find out more…

Q:  What was your earliest memory of science happening? 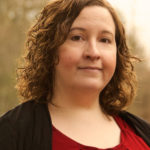 Amy: My earliest science-related memory is looking for planets and constellations as a budding young astronomer. My dad had a computer program that indicated what you should be able to see from your location and where to look. Fast forward ~30 years, and you can scan the night sky with your iPad, using apps like GoSkyWatch Planetarium, as I did on Saturday night. Pretty exciting! 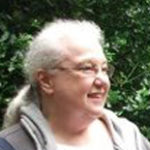 Marilou: Mine was Sputnik, the first artificial Earth satellite, launched by the USSR in 1957. I was in junior high and remember how the Soviets beating the U.S. to space sent science and math education into high gear in the U.S. It also raised our wonder and curiosity about what was “out there” and what possible futures for humankind might be. (Click below to listen to the satellite pinging its message back to Earth.) 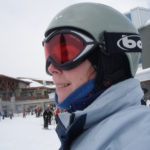 Amanda: My earliest science memory was the first moonwalk (no, not Michael Jackson). It didn’t impress me much then, but it does now. Somehow, knowing that it all materialized using computing power more primitive than the first pocket calculator I got my hands on (around seven years later; second earliest brush with science), I am mightily in awe of the whole adventure.

Q: Do you have any favourite science moments that inspire you? 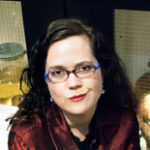 Eve: I want to say something like “the day Charles Darwin landed in the Galapagos Islands,” or some really important moment of discovery, but I think usually scientific discoveries don’t happen in “moments”—that’s one of the misconceptions about them. They happen gradually, through lots of painstaking work, thought, reading papers and conversations over beers…

Marilou: This goes back quite a few years, but the discovery that Earth’s solar system is actually in the Milky Way galaxy. And, of course, that E=mc2.

Q: And how about a scientist who inspires?

Marilou: Jonas Salk, who, when tasked with cataloguing the cause of polio, took the idea and ran with it. Instead of merely typing poliovirus variants to find out how many there were, as he was originally tasked, he developed the world’s first inactivated vaccine for the disease, thus ending the misery of a severely debilitating disease.

Amanda: Leonardo da Vinci—a polymath, so talented and such a thinker. In addition to being a talented painter, he was also a great inventor, leaving the world with many inventions meticulously catalogued in his notebooks.

Eve: That’s a tough one, because so many scientists inspire me. But lately I’ve been really inspired by scientists like Cornell postdoc Danielle Lee and MIT astrophysicist Chanda Prescod-Weinstein, who are not only doing great scientific work but also paving the way for future scientists from historically marginalized groups by calling out systemic biases and exclusionary culture in the scientific community and challenging science to do better. 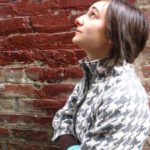 A few associates mentioned medicine or curing cancer as worthy subjects for award, but Roma aimed at cutting travel times: “I don’t know if it would qualify me for the Nobel Prize, but I would love to discover/invent a way for humans to teleport. Think of how much time we would save if we didn’t have to commute.” Meanwhile, Marilou aimed for chemistry: “Discovering a method for reclaiming waste plastics without environmental damage.”

So that’s the Talk Science to Me team—now over to you. What science event, moment, idea or scientist has inspired you in your journey? What would you win a Nobel Science prize in (or do we have a Nobel laureate among our readers)?

our people, things we love