A new era for thalidomide? 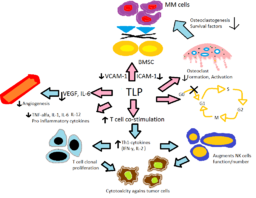 Posted at 15:34h in Science news by Amanda 0 Comments
0 Likes

I’d like to stretch the coincidence theme once more on the blog, so bear with me as I wander through some random but connected happenings from my own world of science communications.

What do you think of when you hear the name of this drug? What images come to mind?

If you’re a certain age, I’m sure that images of babies born with missing limbs or flipper-like appendages instead of arms or legs flash in front of you. Middle-aged adults may hold childhood memories of growing up around these kids, pointing to them in the street. Older women may shudder, thinking how close they came to taking the as-then wonderdrug that deformed so many lives in the late 1950s and early 1960s. For youngsters, it may just be a sad episode in modern medicine (if they’ve heard of it at all).

For me, thalidomide is the bogey-drug, the medication taken oh-so-innocently that blighted the lives of kids only a few years older than myself. It was available as a sleeping aid and morning sickness preventative around the same time my parents married and considered starting a family.

Thalidomide means tragedy; it means bad science; it means lack of protection from the pharmaceutical industry and policy-makers; it means danger.

But I’ve found recently that thalidomide also means change, it means hope, and it means pharmaceutical success—not quite the bogey-drug I thought, perhaps.

Back in August of this year, a news clipping caught my eye on my RSS reader. “FDA scientist who kept thalidomide off the market dies,” the headline read. Coming from the United Kingdom, I had automatically assumed that thalidomide was a global tragedy. As I read the news story, I learned that the United States had been largely spared, thanks mostly to the stubbornness of one scientist who refused again and again to approve licensing for thalidomide. The scientist, Frances Oldham Kelsey, was not only Canadian, but a woman. I clipped the story into Evernote and tagged it #Ada Lovelace Day.

What Kelsey did was refuse to take the drug company appeals at face value. She used her training and experience to ask for further details. Then, suspicious of the facts presented, kept denying approval. Once it was firmly linked with phocomelia, the birth defects experienced by thousands of children in Europe, thalidomide was withdrawn from the market and banned in 1962. Kelsey’s vigilance and professionalism in dealing with thalidomide paved the way for many of the stricter drug safety measures that protect consumers today.

Around the same time as I researched my Ada Lovelace Day post, I was also reviewing a paper on proteomics that dealt with a new strategy for destroying errant proteins and thus preventing cancer. Winter et al. (2015) targeted BRD4, a protein involved in activation of the C-Myc oncogene, an intracellular switch that can push cellular activity into cancer.1 The researchers found that by combining thalidomide with an experimental compound, they could tag BRD4 with a pharmaceutical “black spot” and sweep it into the cell proteasome for accelerated destruction. Not only did this strategy work well in the petri dish, but Winter et al. could also decrease the size and abundance of tumours in mice xenografted with human tumour cells by treating the animals with the drug conjugate.

This was the first time I had encountered a mention of thalidomide as a modern-day drug, so I did some hunting to find out if this was a unique occurrence.

Well, it wasn’t. In the mid-1960s, clinicians started using thalidomide to treat painful skin lesions in leprosy. Quite by accident, they found that alongside giving their patients a good night’s sleep, thalidomide also cleared up erythema nodosum leprosum. Then, research into cancer treatments that rely on disrupting the blood supply to tumours showed that thalidomide might indeed be useful. In 1998, the drug was finally approved for use in the United States…but with strict controls to prevent another tragedy.

Then another proteomics paper to review landed in my inbox: “Lenalidomide induces ubiquitination and degradation of CK1a in del(5q) MDS.”2 This one heralded a success story for a thalidomide derivative, lenalidomide, which has been used very successfully to treat patients with a form of myelodysplastic syndrome (MDS), del(q5) MDS. This MDS is a leukemia caused by the deletion of a region of chromosome q5. A shortage of the products encoded by one of the genes in this region renders affected cells incredibly sensitive to phthalimide drugs like lenalidomide.

As the research team, Krönke and co-authors, investigated the mechanisms behind this outstanding success, they found that the thalidomide derivative seemed to act once more by targeting the protein into proteasomal destruction. [reviewed here]

Furthermore, during their investigations in mice, they found that they could only replicate this effect when a certain human protein was added back into the experimental animals. This, they suggested, could explain why some of the initial research back in the 1950s failed to show the horrendous drug side effects that blighted so many families.

When I need to find out about medical research, drug information or experimental breakthroughs, I head to PubMed, the U.S. National Library of Medicine search engine that looks through the whole of the MEDLINE database of life science and biomedical topics. Simply typing “thalidomide” as a search term currently returns over 9,000 articles spread over the last 55 years.

While the first 5 years of thalidomide’s catalogue on MEDLINE mostly represent the dreadful exposure of its mutagenic effects and issues surrounding drug safety during pregnancy, more than two-thirds of records come from therapeutic success in the last 15 years.

Today, thalidomide is one of the most stringently controlled drugs available, with safeguards in place to protect developing fetuses. Unfortunately, this protection is not 100 per cent effective, and children affected by thalidomide continue to be born. Stronger controls are definitely needed.

However, the scope of the thalidomide family of drugs is only just being explored by medical science. Although the mechanisms by which thalidomide and its derivatives work explain its early tragic history, they also point to future success in the world of clinical medicine, with the ability to improve lives rather than damage them irreparably.