Up, up and away: The coolness of vanishing helium 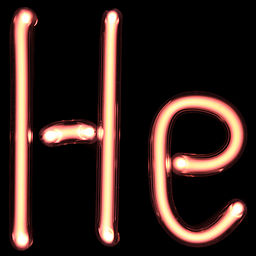 Helium. The supercool supercoolant—the gas that keeps party balloons aloft, carries entire houses all the way to Paradise Falls and turns humans briefly into chipmunks—is vanishing. Leaking out of colourful balloons, helium molecules rise up through the atmosphere and disappear into space. Although it’s one of the most abundant elements in the visible universe, it’s rare on Earth, and a non-renewable resource. Once it’s gone, it’s gone.

Should we worry? Poof! and no more birthday balloons bobbing overhead. Would that be such a bad thing? Well, the ocean life currently struggling with mylar and latex trash might celebrate, but the rest of us could miss this amazing element—it’s much more valuable than just as a filler for gaudy party tchotchkes.

Helium: A vanishing resource (and why we should worry)

Helium, number 2 on the periodic table, the second-lightest element in the universe, is inert, unreactive, non-flammable, colourless, tasteless and invisible…yawn!  However, for such an apparently bland substance, helium fills many highly important roles in science, research and medicine.

One reason for this is that in addition to all the bland inertness described above, gaseous helium turns into a liquid at a temperature far lower than any other substance on Earth: –268.928°C, or 4.222 Kelvin, which is just above absolute zero. This is extremely exciting if you need to keep something cool, and that something could be superconducting magnets like those found in MRIs or the Large Hadron Collider at CERN (European Organization for Nuclear Research). Even if you are not the slightest bit interested in the Higgs boson, I bet you have an interest, personal or otherwise, in MRI diagnostics.

Helium’s supercoolness also comes in handy for cooling the magnets used for manufacturing the semiconductors that are vital components of just about all electronic devices used today. And if you access the Internet, you’ll want to appreciate helium, since fibre optic cable manufacturing needs this gas to stop bubbles forming during manufacture.

Helium’s lack of reactivity also makes it ideal for using as a gas, surprisingly enough. It forms the mobile phase in gas chromatography, an analytical technique where a stream of helium carries samples through the instrument for investigation. Applications using gas chromatography include forensic science, where it’s used to identify evidence found at the scene of a crime, and examining food products for adulterants.

This same inertness and lack of flammability give helium a prime position on NASA rockets for flushing fuel tanks post burn. Flushing them with hydrogen is bad news because, although it is lighter, it is highly flammable. Likewise nitrogen: abundant, but heavy.

Okay, and balloons too—just very big ones, like weather balloons and research blimps carrying equipment into the outer atmosphere.

About two years ago, the science world started talking about helium shortages, blaming a 1996 ruling by the United States to dump all its helium reserves by 2015. Following this, the market flooded (or whatever the term for overloading with gas is). Helium suddenly became too cheap, and recycling it didn’t make any sense.

Then another amendment in 2013 pushed prices up, with the result that only buyers such as the military could afford helium. Many small labs struggled to cope with fluctuating costs as the gas rose and fell in cost per litre. Although companies and instrument manufacturers are bringing in helium sparing and recycling measures, it’s still wise to keep an eye on the use of this unusual resource, since there is, as yet, no viable alternative for science.

And once our helium vanishes, so too will gas chromatography, MRI diagnosis, smartphones, Internet communication…and big balloons.

Promise you’ll cringe whenever you see a party balloon now?