Don’t forget to pack the chicken 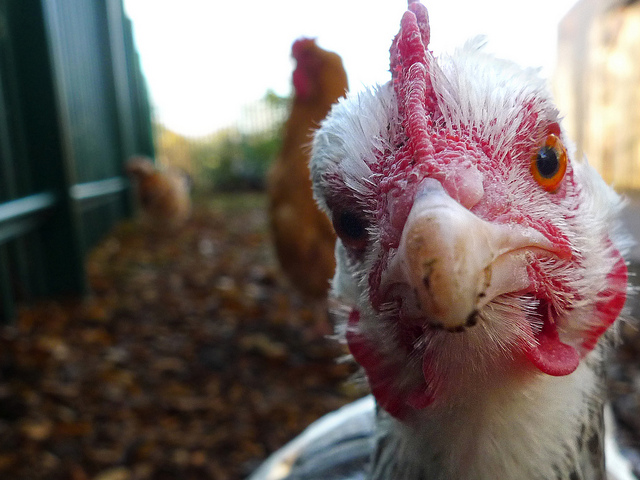 Posted at 10:27h in Science news by Amanda 0 Comments
0 Likes

Not only did the research team determine that chickens actively discourage Anopheles arabiensis, the dominant malaria vector in the area of Ethiopia where field testing was carried out, but they also identified the “chicken-specific compounds” responsible.

First, the scientists took a look at what the mosquitoes preferred to dine on at indoor and outdoor buffets. Community living in the three Ethiopian villages surveyed includes close proximity between humans and agricultural animals, both outdoors and indoors. Surprisingly, the results showed that for the indoor buffet, mosquitoes show a preference for human blood even when cattle, goats and sheep are available. However, when outdoors, An. arabiensis prefers cow. Chickens feature rarely on either menu even though they are extremely abundant.

So, what is so repulsive about chickens? Mosquitoes use scent to target the next blood meal, so the scientists took a look at species-specific body odours, using gas chromatography and mass spectrometry to identify the volatiles. Although they found a number of active compounds given off by hair, feather and wool clippings in common, the researches also found that chickens emit some unique personal odours. But were these the answer?

Next up was testing the mosquito response to see if the researchers could identify a positive (attractant) response or a negative (neutral or repellent) reaction. They did this by measuring the electrical response in decapitated mosquito heads, teasing the antennae with whiffs of the odour compounds. Compared to compounds common to cows, goats and sheep, the researchers saw a dose-dependent difference in antenna sensitivity to the chicken odours.

Using a real sleeping human as bait, the study then turned to a field test to see whether this lack of attraction translated into real-life events. The researchers caught fewer mosquitoes when they baited the traps with the chicken odours. Hanging a cage with a live chicken in it had the same deterrent effect.

Maybe it’s not such a stretch then to imagine adding live poultry to the holiday suitcase, though most likely as body lotion or a spatial repellent rather than fowl. It is also worthwhile noting that as yet there is no proof on whether this might be true in other areas of the world; maybe, since chickens are not the source of a good blood meal, the mosquitoes tested know not to hunt for food in that environment. Further testing to see if chicken odour is a repellent in other geographical locations would be more informative.

Moreover, does chicken odour deter Zika-bearing mosquito species Aedes aegypti ? If it does, Rio might become sporting chicken central for a few weeks this summer.