Content notes and trigger warnings: A primer for editors 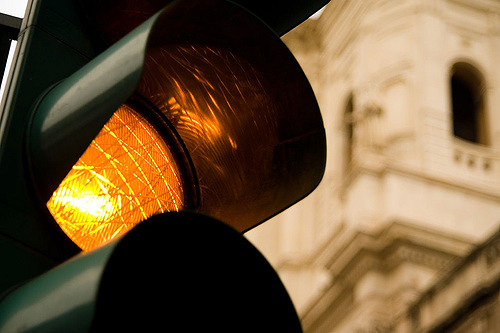 29 Aug 2016 Content notes and trigger warnings: A primer for editors 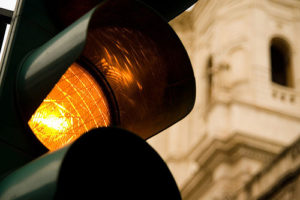 I recently copy-edited a book called Purple Prose: Bisexuality in Britain, published by our subsidiary, Thorntree Press. The book covers a wide range of topics relevant to bisexual people and allies in the UK and other English-speaking countries. I learned a lot from editing this book, as I always do, but one thing I had to deal with was entirely new to me: content notes.

Content notes and trigger warnings have been a hot topic of conversation recently, especially in the context of whether university instructors should provide trigger warnings about potentially distressing topics in their syllabuses. There’s been quite an intense debate about this, with articles linking trigger warnings to the coddling of millennials and the dangers of helicopter parenting and the downfall of intellectual freedom.

On the other side of the debate, people argue that content notes and trigger warnings are a compassionate way to be inclusive and make sure we don’t inadvertently trigger a trauma survivor’s pain.

Content notes and trigger warnings aren’t new, although we might not always think of them as such. A PG-13 rating on a movie, for example, is a type of content note meant to encourage parents to take a closer look at the movie’s subject matter.

We like Shiri Eisner’s definition of trigger warnings, which she uses in her book Bi: Notes for a Bisexual Revolution. In the book’s introduction, Eisner writes:

A trigger warning is a statement coming up before a text or an image that might cause extreme emotional responses, such as post-traumatic flashbacks, anxiety, panic and so on (that is, it might ‘trigger’ such a response). The purpose of trigger warnings is to allow people to choose whether or not to expose themselves to potentially triggering content. They are about being attentive to our own, as well as others’, emotional states. Their goal is creating a safer space for everyone, acknowledging that many people are survivors of violence, sexual violence, and other traumatizing experiences. (page 10)

At Talk Science to Me, we believe that in certain contexts content notes are valuable and even required—provided they’re used in a way that helps the reader.

Until working on Purple Prose, I’d had no experience with writing or editing content notes, and neither Talk Science nor Thorntree Press had an official policy on how to handle them. And it wasn’t a simple matter of reading up on the subject—we actually couldn’t find a comprehensive resource for editors on editing content notes (if you know of one, please let me know). So, working on behalf of Thorntree Press, we consulted a number of mental health experts and resources to help us develop our approach.

Use only when necessary

Just as importantly, you might need to recommend taking them out. If a content note isn’t totally necessary, it can discourage people from reading a section that might otherwise prove useful to them. An unnecessary warning can itself be triggering. That is, warning a reader that upcoming content contains stories about bullying could, instead of empowering the reader to skip that section and avoid being triggered, actually make the reader think about traumatic bullying they’ve experienced and be triggered even without reading the actual text. This is especially true in the case of passing mentions, where the content note itself may include the same amount of detail as the actual content.

In certain cases, the topic of a text might in a way be its own content note. For Purple Prose, we considered whether we should highlight instances of biphobia in the book, for example if an interview subject mentioned a slur that’s been used against them. We decided that in a book whose overall topic was bisexuality and in which biophobia comes up often as a theme, it’d be reasonable to assume that readers would understand the book would likely contain instances of biphobia. So, we decided not to include content notes for each instance of biphobia, but instead to give a general note about biphobia at the start of chapters that had many instances of it.

Crafting content notes is something that you should be doing closely with the author, particularly if you’ve never had personal experience with the potentially triggering content. You have to be very sensitive in these cases: you’re providing the valuable outside perspective, but you do not know better than the author what might be triggering. This isn’t the same as providing your recommendation on serial comma usage. I’m not bisexual and I don’t live in the UK, nor do I know any British bisexual people, so I wasn’t the best person to determine whether something in Purple Prose might be triggering. In certain obvious cases, yes, I could identify triggering sections, but there were definitely a few places where I thought, “Oh, I didn’t realize that could be triggering.” And that’s okay—that’s why you and the author work together on this.

In some cases, the author might not be the content expert, so you’ll have to look elsewhere for advice. Call on a mental health professional or an academic working in a relevant field. Talk to people in the community who have first-hand knowledge of the subject matter. Take the time to do research and get feedback.

Where and how content notes show up is really important. Often, a book’s introduction will spell out the content of the book and in this way draw attention to potentially triggering content. But not everyone reads the introduction, so think about how someone will use the book; Purple Prose is the kind of book that will likely be read in chunks, with people choosing only the chapters most relevant to them or reading the book out of sequence. So, a content note about a recurring potential trigger might be useful at the start of each chapter instead of just at the start of the book.

Content notes shouldn’t break up the flow of the text. In some cases, it might make sense to have notes close to the actual content, so you’ll want to decide how to do that. We considered putting little symbols in the margins to highlight different kinds of triggers, but decided that there weren’t enough content notes in the book to make that worthwhile. In the end, we put content notes at the beginning of chapters. In cases where the text was heavy with a certain type of content, the notes were general (e.g., “Mentions of biphobia”). In other cases, we provided a page number for the instances of potentially triggering content, including mentions of suicide, bullying, transphobia and rape.

Think about all formats of the book

All Thorntree Press books start as print books and are converted to e-books. This conversion has a lot of implications (which you can read about here), including for content notes. Because pages disappear in an e-book, page references are useless. So if you’ve used the approach we did in Purple Prose, where we put references to specific pages at the beginning of chapters, you’ll have to change this for the e-book. For most e-books, we replace page number references with links to the content itself—but this won’t work for content notes, because the last thing we want to do is take someone directly to a potentially triggering passage when they click on a link. Our solution was to keep the content notes at the beginning of the chapters, and then repeat them after the subheadings of the sections where the triggers appeared.

Finally, for those who are concerned that trigger warnings and content notes serve only to allow readers to avoid discomfort: through the process of editing Purple Prose and the related consultations we’ve had, we’ve become convinced that content notes are a valuable tool for helping the reader to actually engage more productively with upsetting material by giving them more control over their experience. To quote Sheffa Ariens, a marriage and family therapist with experience working with trauma survivors, who consulted with us on Purple Prose:

The goal is not to protect the reader from challenging material, but to let the reader decide whether right now is the best time to approach this. For example, if the reader is severely depressed and wants to read an article about child soldiers in Uganda, it would be helpful to know how emotionally painful the article gets. … The goal is consent and self-regulation.

Or as bioethicist Kelly Hills has written:

While I didn’t place a trigger warning on my first syllabus, I did make sure to talk to my students and tell them that some of the things we were going to talk about would be rough. We were talking about torture, death, abortion, personhood, more death–all the fun topics in applied ethics. I had office hours and I had students in those office hours wrestling with the material and their lived experience. Giving them notice? That’s not coddling, that’s being nice.